Since January 2016, three years ago, the San Francisco Planning Department has been keeping a census of the city’s trees:

Our team of tree specialists continues on the path of identifying the exact location, species and current condition of every street tree in the City.

Photo: Friends of the Urban Forest

Why is the city keeping track of its trees?

“Planting trees has long been a low-tech strategy to fight the effects of climate change and the urban heat island effect. [Trees] help reduce stress, they’ve been linked to the lower obesity rates, and may even curb pedestrian deaths.”

“Lower-income and minority neighborhoods that are most vulnerable to such environmental and health stresses tend to have the least tree cover. So having an accurate map of where the leafy and barren neighborhoods are, and in a timely manner, allows local government to better target tree-planting initiatives.” 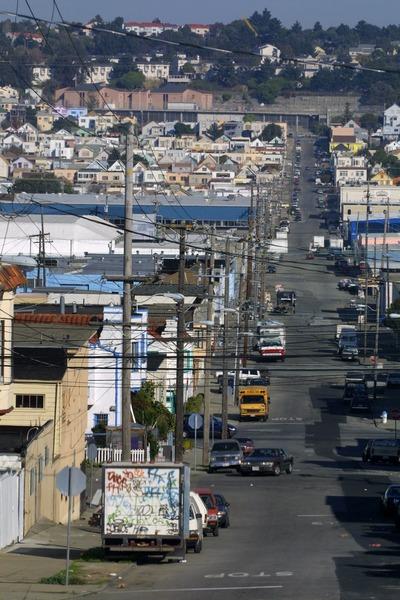 So, how many trees does San Francisco have?

Since March 2017, the result is that San Francisco has 124,795 growing street trees of over 500 species. Note that this count are street trees only, and doesn’t include trees in parks or designated green spaces.

“Tree experts spent months out on the streets identifying and measuring every tree and finding empty spots for new ones. The City of San Francisco had previously estimated its total street tree count at 105,000 street trees. Now we know there are really nearly 125,000!” 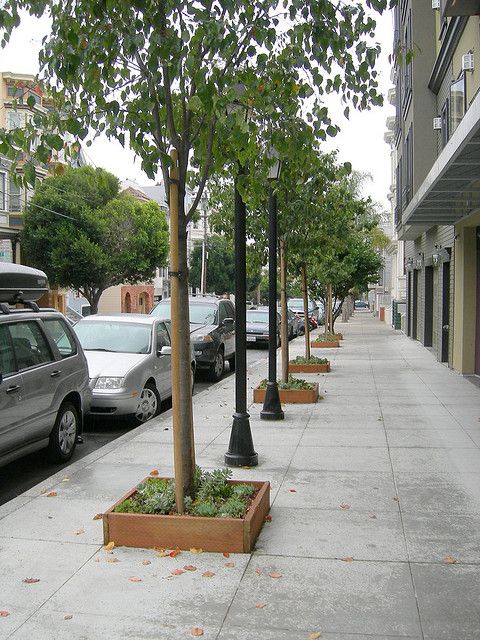 Where to read the details of the result:

All the data from the City’s recent Street Tree Census is currently available for anyone interested at: UrbanForestMap.org. At the website, you can zoom in to find information on street trees anywhere in San Francisco. Each tree has its own Bio page, and the public is welcome to upload a photo and update information wiki-style to help tell the tree’s story.

The website is a great tool, and now AI is helping with the tally as well.

What’s the role of AI in all this?

To make the task of counting trees easier, CityLab reports that a team of cartographers and applied scientists at geospatial analytics startup Descartes Labs has turned to artificial intelligence. In the quest to leave no tree uncounted, Descartes Labs built a machine learning model that can map an entire city’s canopy – even subtracting other greenery that might look like trees in satellite imagery.

The resulting maps reveal a green thumbprint of each city—like this one below of Baltimore and its surrounding leafy suburbs:

“The inability to access private areas, or places guarded by tall fences, means some trees don’t get counted. Mapping trees from above should solve that problem; the Normalized Difference Vegetation Index (NDVI) derived from satellite imagery has long been a reliable survey of a city’s greenery.”

What exactly does the AI do?

“Using the NDVI and the LIDAR [which is a technology that shoots a light from a drone or airplane at the plants] – those two datasets can tell us where trees are in an area. If there are satellite pictures, we can train an algorithm to say, ‘Okay, looking at that imagery, I can learn what trees look like…Once you’ve trained that algorithm, you can run it anywhere you have satellite imagery, because you’ve taught your machine to differentiate them from bushes and grass.”

Are humans no longer needed on the project?

Photo: US News and World Report

In short, humans are still very much needed as the AI is not without its flaws. Geographer Tim Wallace says,

“Like most algorithms, this one isn’t perfect—it has picked up shadows cast onto buildings as trees, for instance. [The AI is able to] provide a broad overview of the tree population, but gathering more granular data will still require more work…The work of researchers, tree experts, and volunteers are still ultimately needed to paint an accurate picture of a city’s urban canopy.”

“It takes time—and humans—to go out and classify these trees based on fields like how tall they are, what their diameters are, what species they are, and whether they’re healthy or not,” says Wallace. “All of those details are not grabbable from this machine learning technique.” 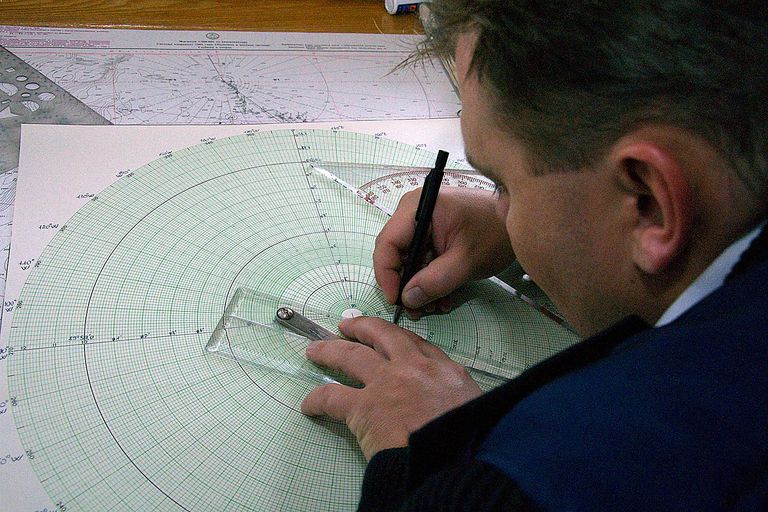 What the AI ultimately does is help the researchers and volunteers to jump into the deeper data collection faster by automatically showing them the location of the trees.