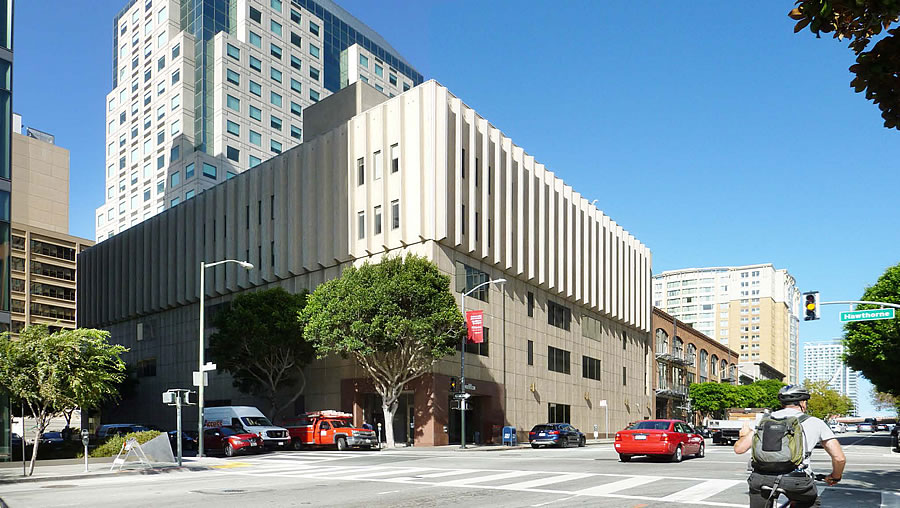 The five-story building on the northeast corner of Hawthorne and Folsom, at 95 Hawthorne Street, in SoMa was formerly the San Francisco Passport Agency. Soon, it will be transformed into a 32-story residential tower up to 320 feet in height – the height for which the parcel is zoned for.

However, the tower has been redesigned by Chicago-based Skidmore, Owings & Merrill (SOM) to leverage California’s Density Bonus law, and the developer, Trammel Crow Residential, is now actively seeking approval for an even taller 42-story tower up to 444 feet in height on the southern border of San Francisco’s Transit Center District, across from Central SoMa. 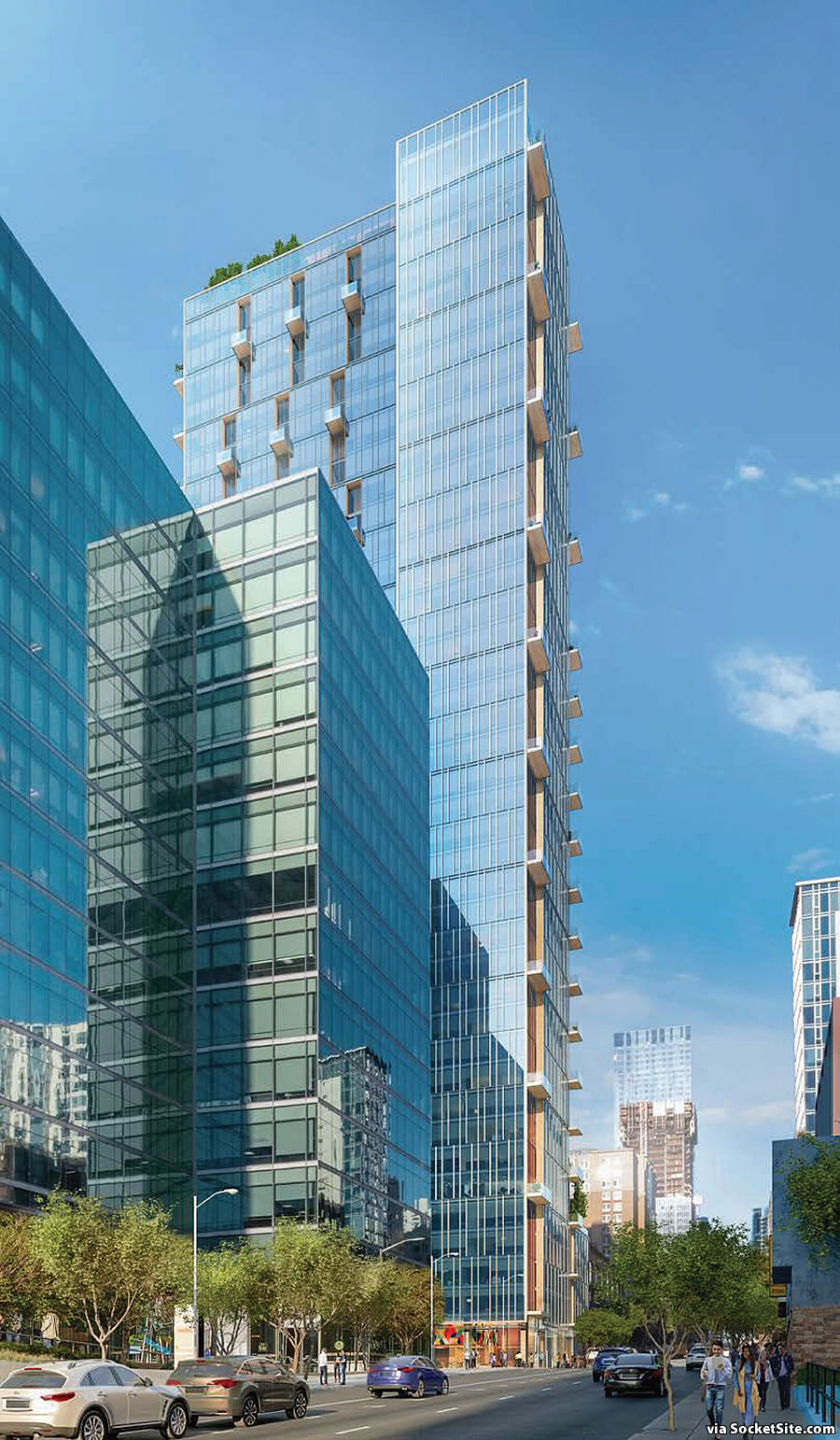 The added height, if approved, would yield a total of 392 apartments. It would be a mix of 199 one-bedrooms, 144 two-bedrooms and 49 three-bedrooms, up from 330 as originally proposed.

Fifty-five apartments in the tower would be offered at below market rates, along with 3,500 square feet of ground floor retail space and a basement garage for 107 cars. The original request was 250 car-spaces. 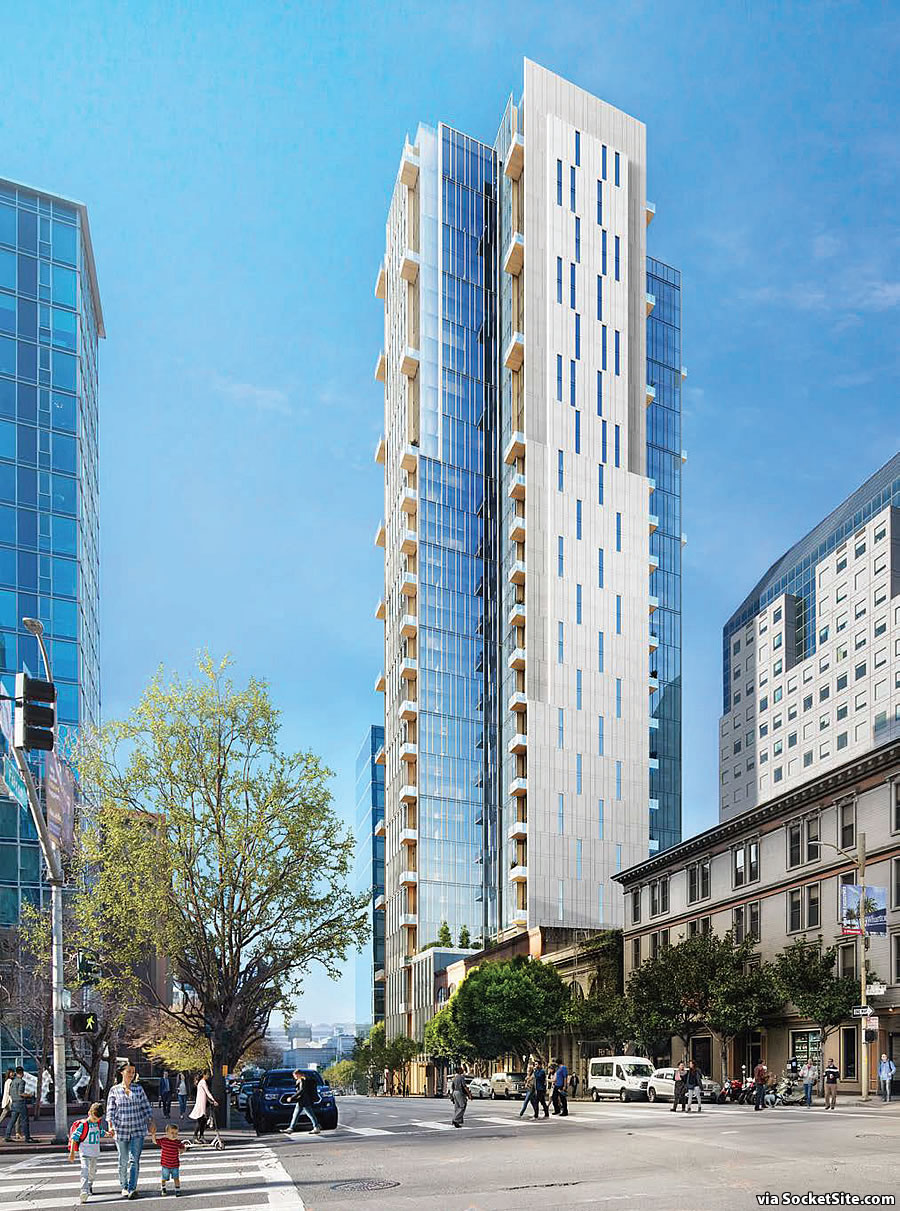 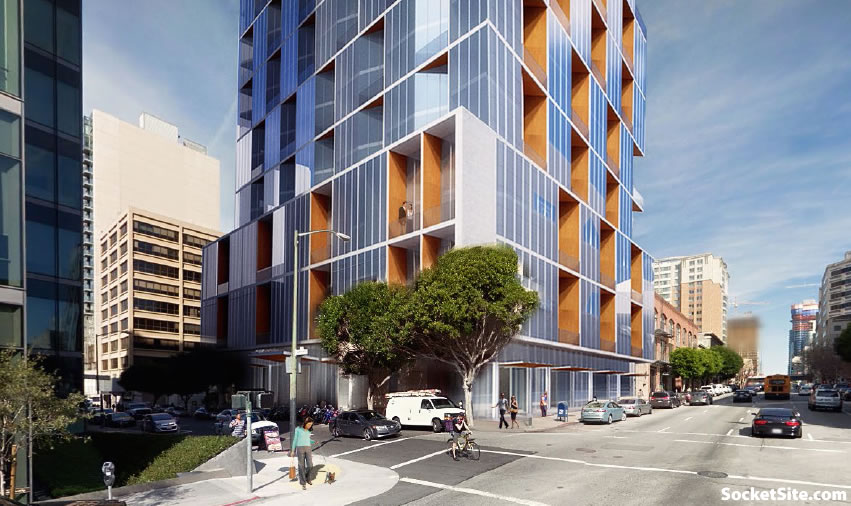