San Francisco Gets Its Own Lego Architecture Set

LEGO is set to introduce a San Francisco edition of its architecture series sometime next year. The set might include the Salesforce Tower, Golden Gate bridge, Bank of America building, the TransAmerica building, Coit Tower, and the painted ladies.

Although a Lego spokesperson would not go into details about the upcoming SF-themed set and the company has yet to make an official announcement, Lego fan sites Promo Bricks and Brick Fanatics already broke the news, which was later picked up by the San Francisco Examiner. The photo above does not represent the San Francisco Lego Architecture series set. Photo source: 4plebs

Which types of iconic San Francisco structures will be included in the new Lego Architecture series?

It will include the Golden Gate Bridge, a handful of nondescript Victorians (perhaps an ode to the Painted Ladies), the Transamerica Pyramid, and Coit Tower. Other city signifiers in the set will include 555 California, San Francisco’s fourth tallest tower; Fort Point; a cable car; and Alcatraz Island, the troubled tourist trap that pays tribute to the industrial prison complex.

Most surprising would be the inclusion of Salesforce Tower. While the city’s tallest high-rise is new, both its size and girth garnered it instant icon status when it opened earlier this year.

San Francisco (21043) has 565 pieces and will include the Painted Ladies, 555 California Street, the Transamerica Pyramid, the Salesforce Tower, the Coit Tower, Fort Point, the Golden Gate Bridge and Alcatraz Island ~ thebrickfan.com

No word yet when exactly the San Francisco set will show up in stores. A Lego spokesperson tells Curbed SF that new sets are announced whenever they appear on the plastic toy brick company’s new-release section.

Going above and beyond Space and Castle varieties, Lego’s architecture series has included replicas of buildings with major pedigree, like Mies van der Rohe’s Farnsworth House, Dubai’s Burj Khalifa, and the Guggenheim Museum. Here’s the list below, courtesy of the site Hobby Lark: 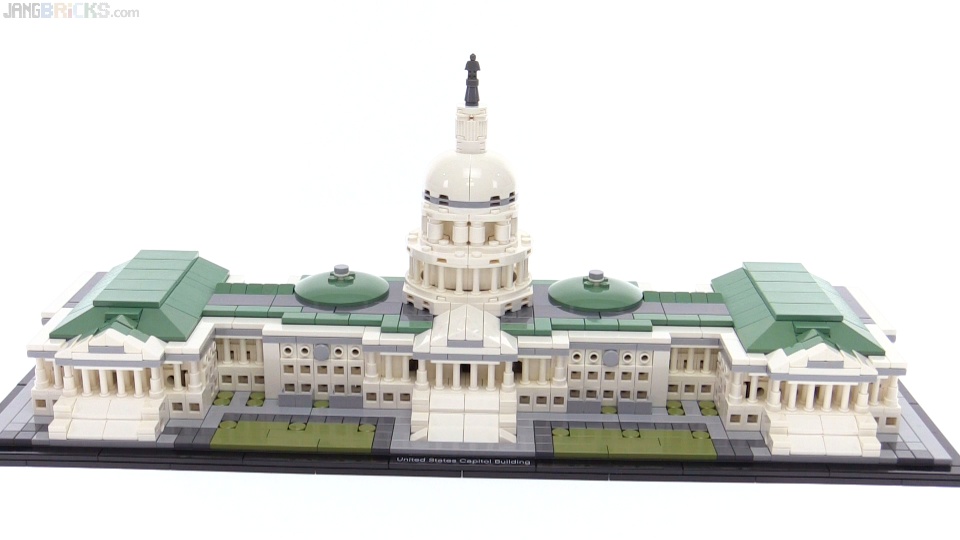