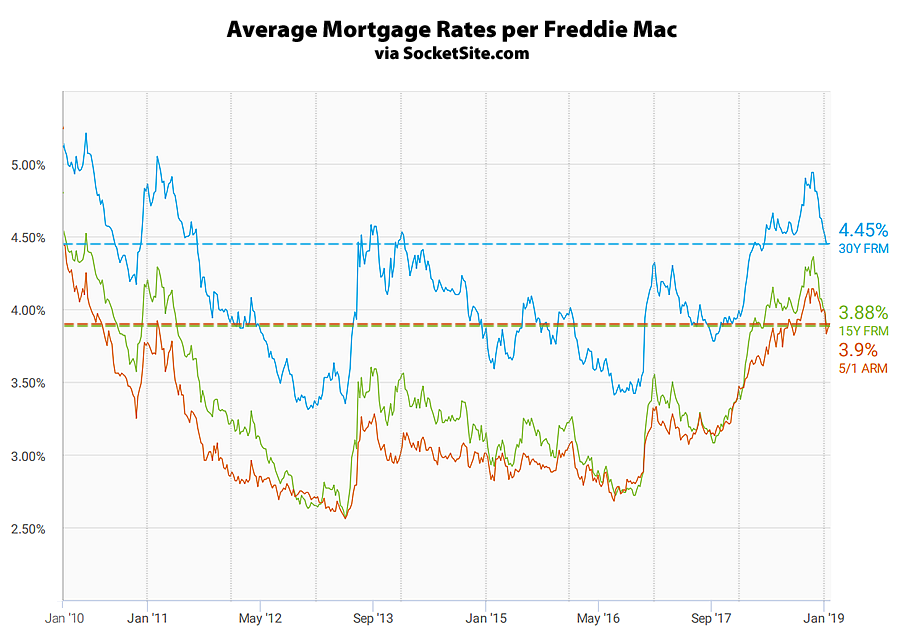 The mortgage interest rates actually dropped to a 9-month low at 4.45% a couple of weeks ago, as reported by local real estate news site, SocketSite:

“The mortgage rate had hit a 7-year high of 4.94 percent this past November, but it has been holding at 4.45 percent since, which is 30 basis points above its mark at the same time last year.” 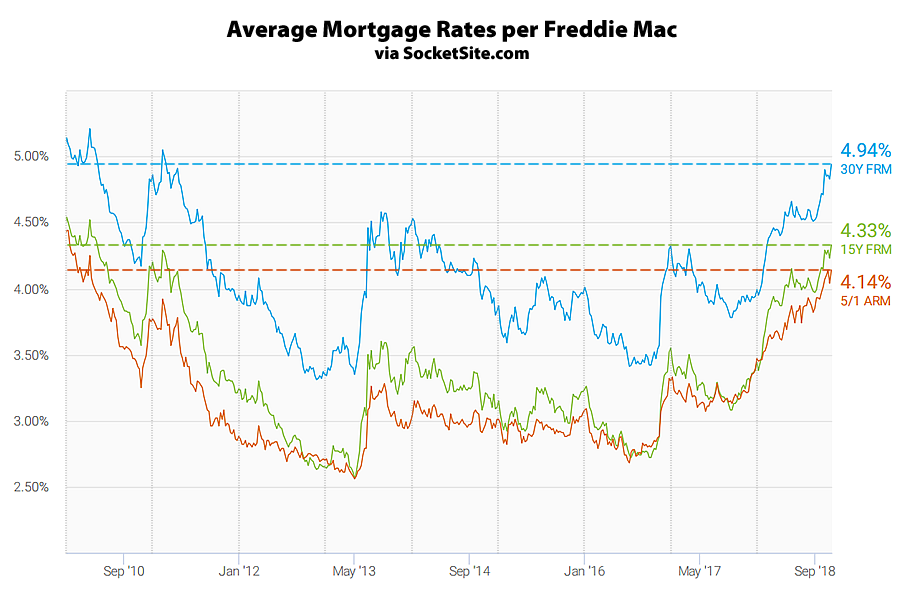 And while the Fed has said to expect for two more rate hikes in 2019, “to a range of 2.75 percent 3 percent,” according to Reuters, traders are still wagering against any more rate hikes over the next few months, with the probability of a hike holding at under 20 percent.