The highly-anticipated (or for some, the highly-dreaded) 45-story, new tower development at 706 Mission Street – the one which base is to be the upcoming Mexican Museum – is revealed to be Four Seasons-owned. The tower is in fact not a competitor, but a complement to the neighboring luxurious Four Seasons Hotel and Private Residences on Market Street. It’s a Four Seasons development and the 146 private condo residences in it will be managed accordingly by Four Seasons staff.

This news is a surprising turn of events especially since current residents at Four Seasons Private Residences had filed a lawsuit at Sacramento Superior Court back in 2013 to block the development of the new tower at 706 Mission St.

The Four Seasons condo owners who led the fight to block the development project included Paul Sedway, Ron Wornick, Matthew Schoenberg, Joe Fang, and Margaret Collins, according to public documents. The group had hired Eric Sussman, of the Anderson Graduate School of Management at UCLA, to do a financial feasibility study on the impact of building a shorter tower at 706 Mission St. The study, not surprisingly, took issue with a previous report claiming that a 351-foot “reduced shadow alternative” would lose $139 million. Sussman argued that the shorter alternative would generate a project return of $56 million, or 15 percent, if a number of “flawed and unsupported assumptions” were corrected. 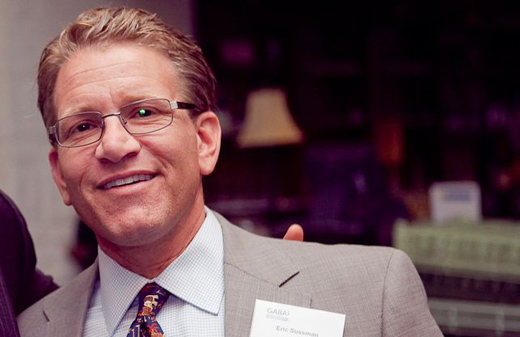 The lawsuit alleged that San Francisco’s Planning Department failed to include all the information “necessary for informed decision-making and informed public participation,” failed to fully evaluate the “effectiveness of mitigation measures to reduce the Project’s significant environmental impacts,” and that the San Francisco’s Planning Commission and Board of Supervisors failed to fully comply with the California Environmental Quality Act when approving the project.

In other words, the Four Seasons Private Residence homeowners did not like the thought of a planned 510-foot tall tower blocking their million dollar views and therefore have filed a lawsuit challenging the development.

Meanwhile, the 706 Mission Street condo tower is forging ahead to meet its opening date in less than two years in 2020. It will be a stone-and-glass tower with the Mexican Museum housed at its base. Construction will also include the restoration of the historic 1903 Aronson Building – a rehabilitation that includes refurbished wood-sashed windows, reworked terracotta materials and more exposure of the inner structures of the ceiling slabs.

As with the condo residences, the units will be large, ranging in size from 2,800 to over 4,000 square feet, with a fitness center, lounge, private dining room and landscaped terrace on its fifth floor, “affording residents a space to socialize among a discerning community of owners and their guests,” as reported in SocketSite.