California Gets Ready for Rezoning Battle Around Transit Hubs 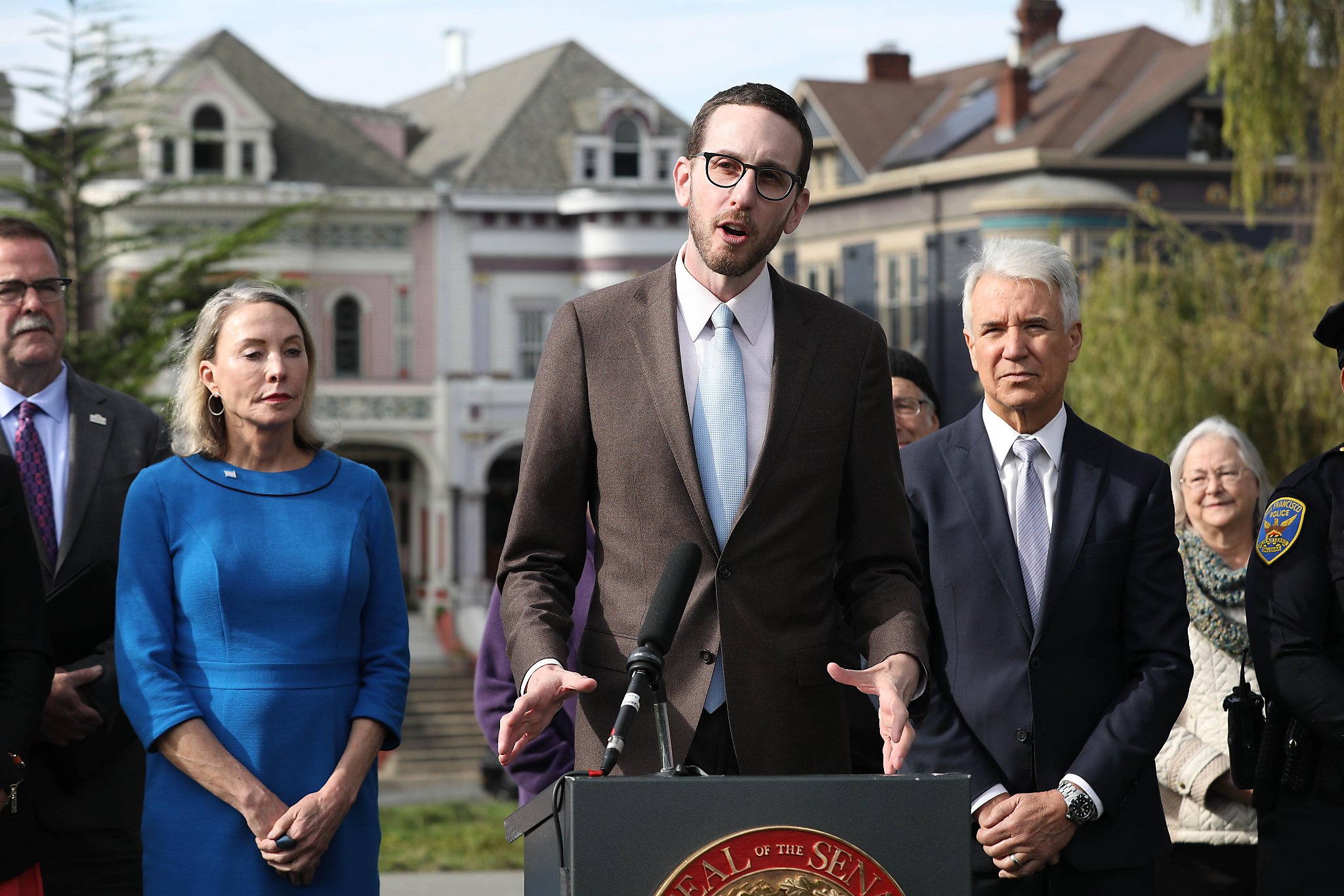 State Senator Scott Wiener had proposed SB 50, “More Homes Act” – a housing bill that would eliminate the “hyper-low-density zoning” in areas near bus and rail lines so that more housing development can be built on these areas.

The bill would legalize apartment buildings and affordable housing in these locations so that more people can live near transit and near where they work. It also reduces or eliminates minimum parking requirements for new developments. 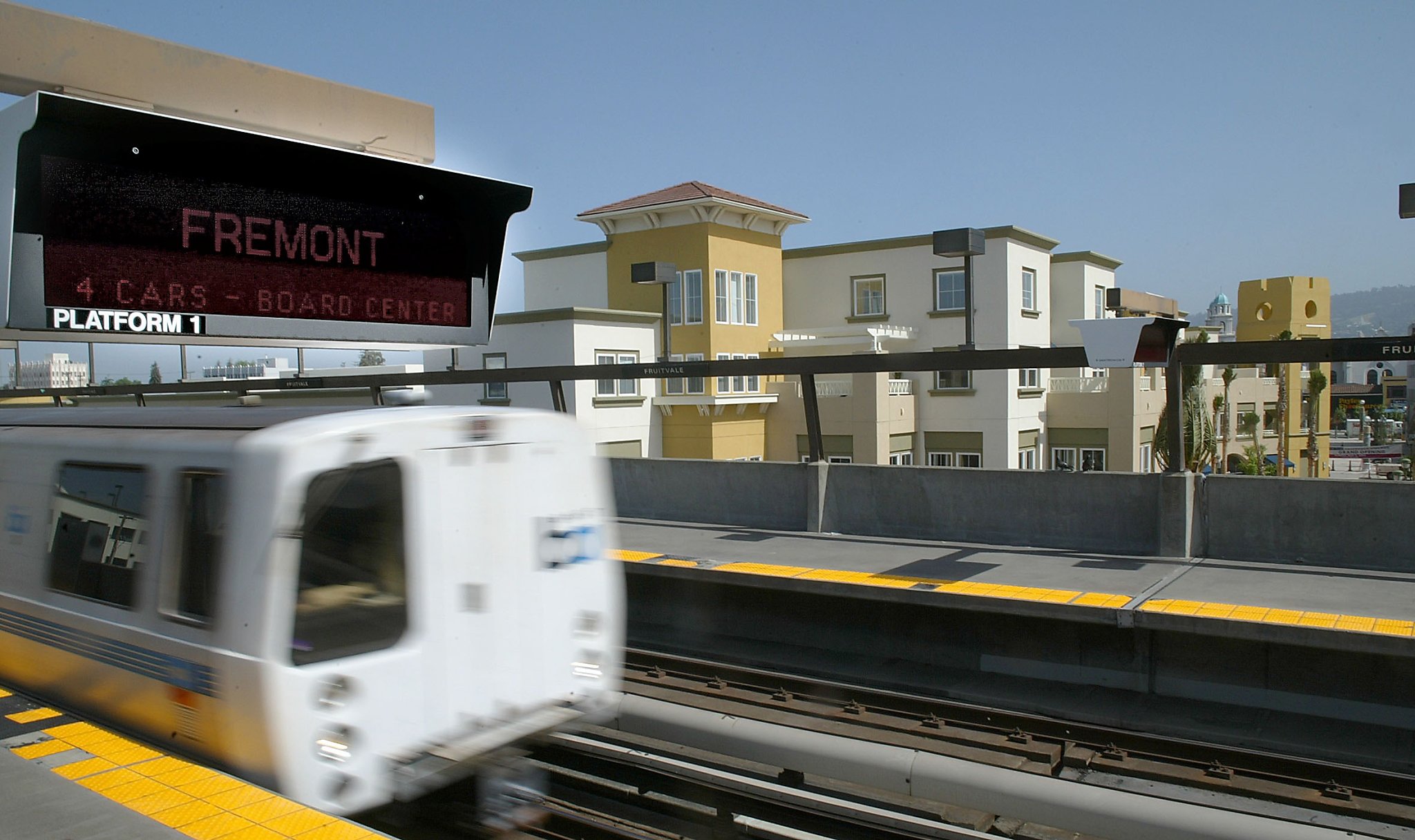 “To meet California’s climate goals, we must reform our approach to housing and legalize more housing near jobs and public transit,” said Senator Wiener. “It’s not sustainable to mandate low density zoning near jobs and transit. Doing so forces people into crushing commutes, covers up farmland and open space, clogs our freeways, and increases carbon emissions. These respected environmental organizations understand that if we are to reach our climate goals, we must make it easier for people to live close to where they work and near transit, to reduce vehicle miles traveled. I look forward to fighting for more sustainable and environmentally friendly housing policies alongside these great organizations.” 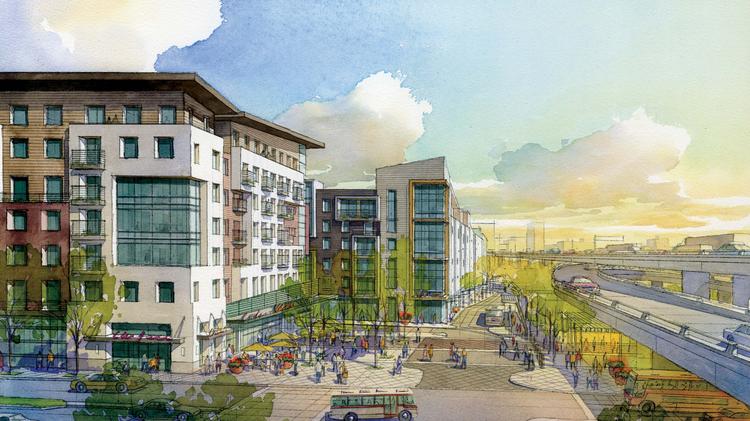 Photo: A rendering of MacArthur BART Transit Village courtesy of The Business Journals

It has also earned support from BART, Habitat for Humanity, AARP California and a host of other renter, business, and labor organizations including State Building and Construction Trades Council, the California League of Conservation Voters, the California Apartment Association, the Non-Profit Housing Association of Northern California, the San Francisco Housing Action Coalition, and the California Renters Legal Advocacy and Education Fund (CaRLA).

Photo of Housing construction seen near the MacArthur BART station from this drone view in Oakland, California courtesy of The Mercury News

True to the nature of politics, not all are on board with SB 50. In Palo Alto, three Caltrain stations in or near Palo Alto would subject neighborhoods of mostly single-family homes to potential zoning changes under SB 50.

Bill Brand, the mayor of Redondo Beach, said he was looking to start fundraising millions of dollars to launch an initiative process for a constitutional amendment that would protect local zoning. He called it a “neutron bomb” in a suite of options to slow and stop the proposals in Sacramento.

3) Rewards construction of 85-ft towers next to Single-Famly homes.

6) SB 50 forces ‘sensitive communities’ to upzone themselves by 2025

7) Turns developers into the fox guarding the rental hen-house

8) SB 50 puts developers in charge of their own planning.

The organization would target the dozens of proposed bills meant to address California’s housing shortage with new zoning, affordable housing, and tenant protection laws that could supersede local planning decisions. If passed, SB 50 (dubbed the “More Homes Act”) would radically alter housing development standards not only in San Francisco but across California, effectively upzoning most of the land within half a mile of rail lines, bus lines, and ferry terminals. SB 50 was introduced on Dec 3, 2018 and will be set for legislative committee hearings in the coming months.