SantaCon, the holly, jolly, and sometimes drunken annual celebration of people who like dress up like Santa Claus, has jingled its bells in San Francisco since 1994.

But now one of the Christmastime event’s organizers says that the city has declined to issue permits for this year’s planned Santa spree. 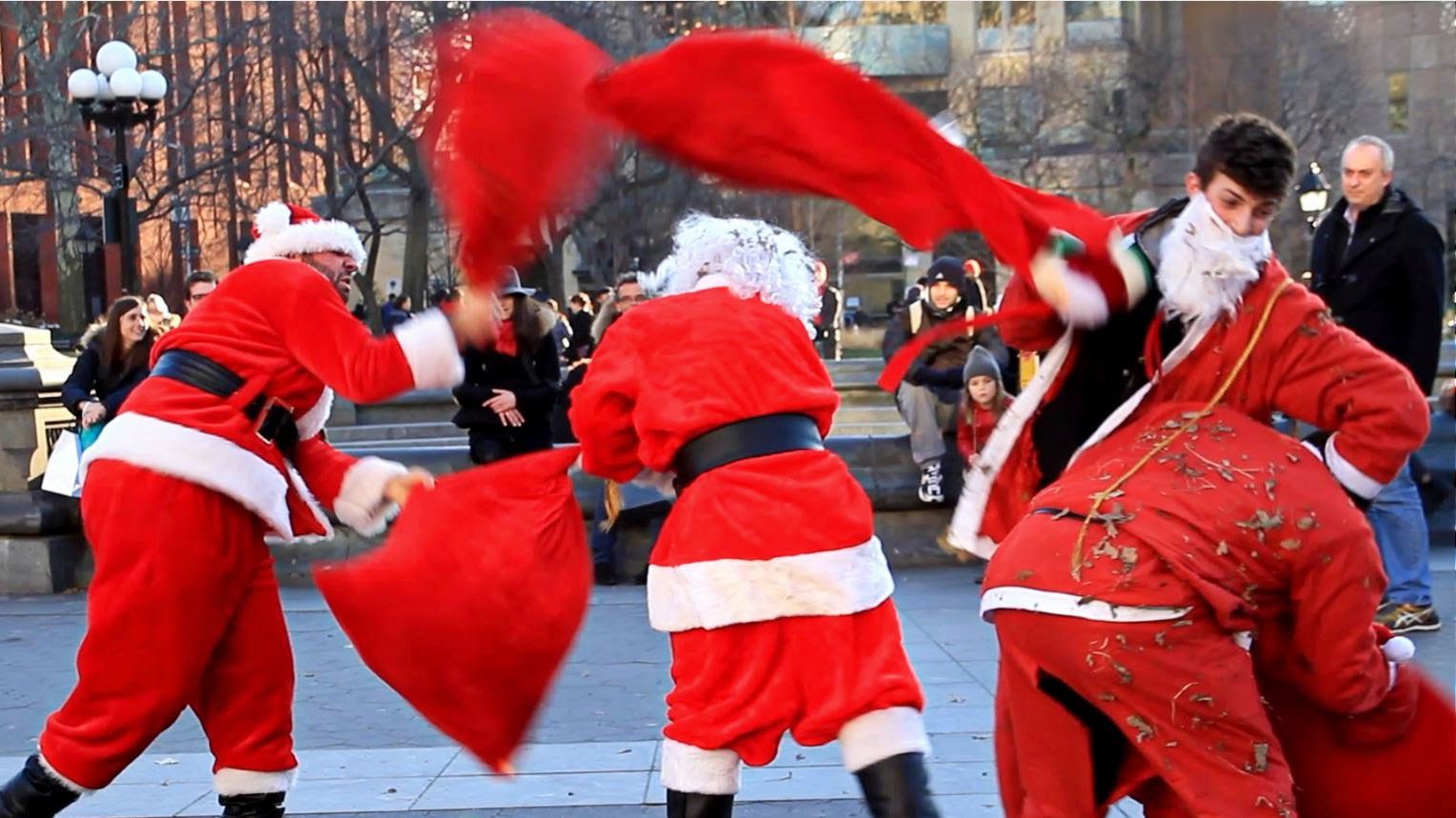 On Thursday, the SF SantaCon site broke the news that no, there really is no SantaCon in San Francisco this year:

The City and County of San Francisco has decreed that in their view, SantaCon has no place in San Francisco and the gathering should be shut down because “there is a safety issue and Union Square cannot hold the people”.

The Recreation and Parks Department has decreed that there will be no amplified sound so there will be no Best Dressed Contests and no toy drive. […] Their position is that I should be indemnified (insured) and should be able to pay for a sound permit in order to hold the event. 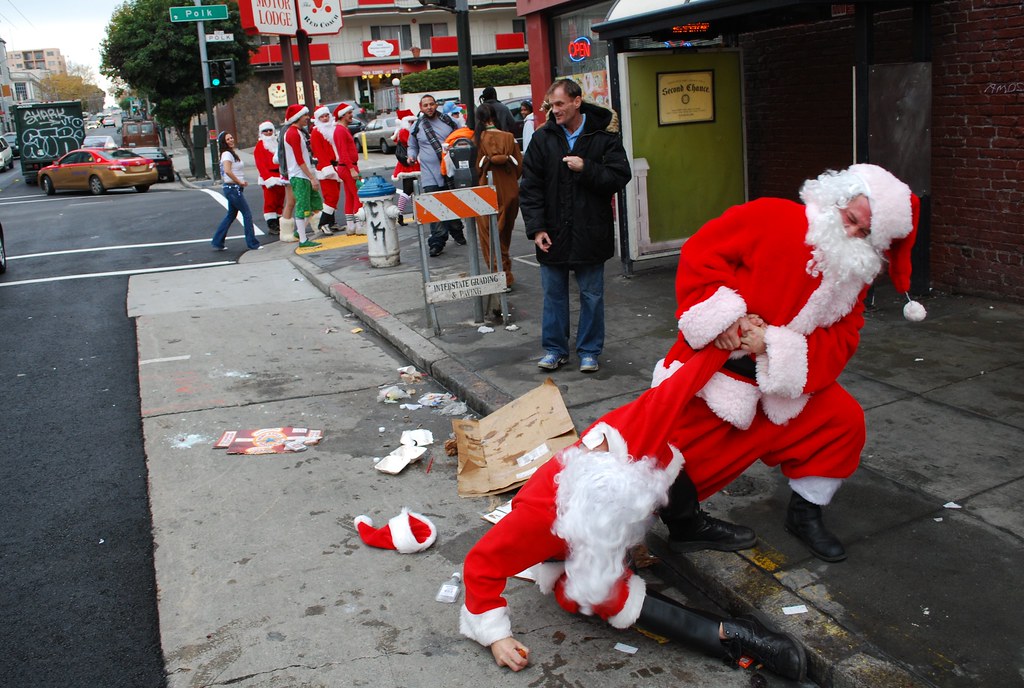 However, this news was followed minutes later by a slightly confusing second message announcing that SantaCon was actually not cancelled after all (a Christmas miracle, it seems):

SantaCon is not cancelled! The only thing canceled is my participation in organization efforts. I am not doing Costume Contests, nor am I having a singalong. Doncomedown [sic] to Union Square to rub in their collective faces the fact that SantaCon should be embraced, not shunned! Bring your toys and leave them with me next to the stage area!

According to Recreation and Parks spokesperson Tamara Aparton, the city did indeed reject SantaCon’s permit applications.

“This week, we received a permit request for amplified sound in order to hold a costume contest and other contests for an estimated 17,000 Santas in Union Square,” Aparton told Curbed SF via email. “We denied the permit based the danger of adding this significant crowd to an area in which we have already permitted space to both the Holiday Ice Rink and Macy’s Great Tree.”

Aparton added that, strictly speaking, no written permit application was ever submitted and that the office fielded the request entirely by phone.

She also says SantaCon has “never applied, never obtained” permits any previous year, which further muddies the question of whether or not this year’s con will go on without them again.

According to the SantaCon page, this year’s Santa Saturnalia was or is scheduled for December 8 in Union Square.

Though the annual event has a reputation for attracting partying and drinking, organizers characterize it as harmless good fun and an opportunity for charity:

This is a gathering of Santas, Mrs. Clauses, Elves, Reindeer, and yes even Grinches! Christmas Carols, a Best Dressed Contest and more will be had. […] Please bring a new, unwrapped toy that can be donated to the Toys for Tots program. Last year we had well over 10,000 folks and collected 764 toys.

[…If you plan to drink,] stay home and don’t dress like Santa. Definitely don’t show up at a SantaCon.” 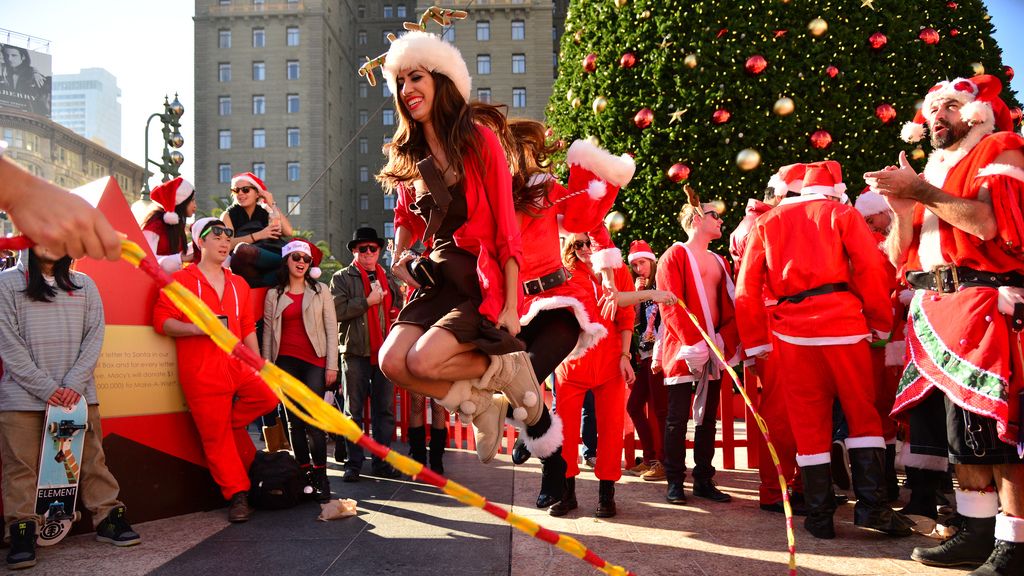 Originally a San Francisco occasion, the list of 2018 SantaCon’s ranges from Los Angeles to Paris to Hanoi. The nearest SantaCon outside of Union Square is set for San Jose on December 16.